Sometimes we ask too many questions. Sometimes we don’t like the answers. People just had to go around and ask “hey, what do those adorable bean-boys look like under the skin?” Turns out, they’re absolutely horrifying. The Behemoth, the developers of?Castle Crashers?and?Battleblock Theater, took note of Mediatonic’s reveal of the inner workings of a fall guy and decided to apply it to their most popular characters.

In a Tweet that immediately answers my question of “who wanted to know this and why?”, The Behemoth has revealed what the Knights of?Castle Crashers?look like under their armor. Turns out, they’re also nightmarish creatures from the lowest level of Hell.

Literally no one asked, but with so many anatomy charts suddenly popping up we felt like the world deserved to know.

PS – The 7 foot tall man for scale is a basketball player, probably. Don’t worry about it. pic.twitter.com/3fwfDhocFm

The cartoonishly adorable red, blue, green, orange and yes, even the pink knight are all SCP-tier abberations. Apparently, they stand above six-feet-tall, and their eyes grow from elongated stalks. Could the fall guys be distant genetic cousins of the Castle Crasher?knights? Possibly, and if so, we have to stop this family tree from growing.

Looking at this picture, there are lots of questions to ask. Why do they have to look like this? Where do their organs go? But most importantly, why in the name of Todd Howard do they have two sets of top teeth? I wasn’t the only one to ask that question, and of course, The Behemoth had an answer:

Even though this is a terrible, no good, very bad story, there could be some good that comes out of it. The Behemoth tagged the Fall Guys?Twitter account in some of these posts, and I’ll just say it now, a crossover between the two would be sweet. I can already see the fall guys dressed up as the Red Knight. Mediatonic, The Behemoth, make it happen.

Have something to tell us about this article? 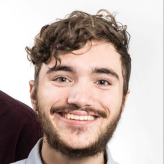